Large scale storage is the storing of energy produced by the utility grid at times when supply exceeds demand until demand rises. It is essentially the idea that the whole electrical grid should be connected to a lot of really big batteries. The basic idea works very much like a savings account. You put away money ever month because you make more than you need, but then at some point you need a lot of money for a big vacation or to put a down payment on a house, and so you withdraw that money then. The way the current electrical grid works is that energy is created as it is needed. It would be like working 30 hour weeks and then working 24/7 the week you were about to close on your new house. Odds are, you aren't putting in your best work that week. 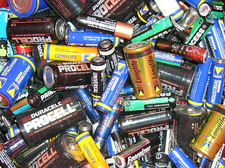 Tomo Says:Did you know that improvements and suggestions to SixLinks are voted on by people like you? Check it out!
Feedback/Bugs